Since its founding in 2006, Q Acoustics has built an unrivalled reputation for designing, engineering and manufacturing innovative, high-performance and class-leading loudspeakers at every price-point. This ongoing and concerted demonstration of excellence has all led to Concept 300.

The brief for Concept 300 is simple, yet staggeringly ambitious. Build on the runaway success of the floorstanding Concept 500 and deliver a standmounting alternative that’s at once more affordable, of utterly uncompromised performance and of stylish, understated elegance.

There follows a brief explanation of just how Q Acoustics has made this happen and, by extension, why Concept 300 represents the state of the loudspeaker art in the 21st century.

The days of performance being the be-all and end-all of a loudspeaker are long gone. Aesthetic considerations are perfectly valid and, to this end, in the Concept 300 Q Acoustics has designed a high-end, high-performance loudspeaker that’s unshowily sophisticated and able to interact discreetly with any interior design vocabulary.

On the outside, numerous lacquer coats produce a high-quality gloss finish which is combined with real-wood veneers. This results in a cabinet that manages to be clean and understated at the same time as being of obviously high perceived value.

The uncluttered look of the cabinets is further enhanced by innovative drive unit mounting. Both the tweeter and mid/bass driver are fixed, from behind, by strong spring-tensioned retaining bolts which negate the need for any exposed bolt-heads on the speaker face.

At the rear of the speaker, Concept 300 features an over-specified terminal panel which is designed to resist vibrations from the cabinet. It’s equipped for bi-wiring (or bi-amping) via its electrically isolated terminals – these can accept bare wire, spade connectors or 4mm banana plugs. 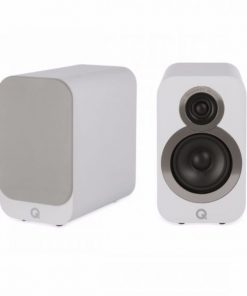 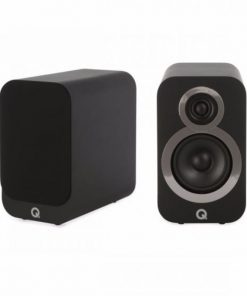 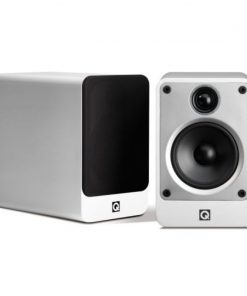 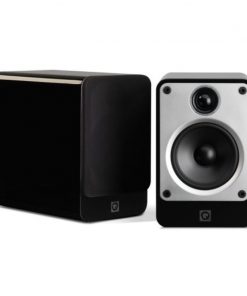 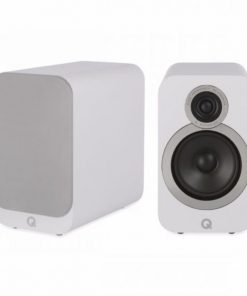 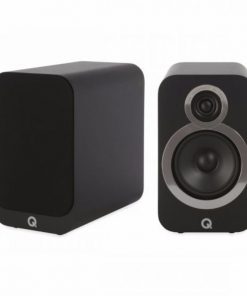