AudioControl’s next generation of high-performance AV receivers enable home theater specialists and integrators to create systems that deliver new levels of precision, power and control. The Concert XR-8 supports the most sought after immersive surround formats, such as Dolby Atmos, Auro-3D, DTS:X, and IMAX Enhanced, with 16-channels of unbalanced outputs including four user-configurable outputs. The Concert XR-8 offers a full complement of inputs for connection to the latest audio/video components, including 7 HDMI 2.0b inputs that fully support 4K UHD and HDR playback.

The new Concert XR-8 houses the very latest in audio and video processing technology, featuring Dirac Live® room correction to overcome acoustic anomalies in any space, and ESS SABRE PRO DACs that ensure unprecedented levels of detail and clarity along with earth-shaking, authoritative bass response. Seven amplified channels deliver 120 watts per channel at 8 ohms and 200 watts per channel at 4 ohms.

All of this outstanding technology has been wrapped quite elegantly within a completely new industrial design, distinguishing AudioControl’s home cinema preamp/processor lineup from any other solution.

Dolby Atmos for the home represents every sound in the original cinema mix as an audio object. Extensions to the Dolby AudioTM CODECs, along with an advanced scalable algorithm, allow Dolby Atmos to be delivered via Blu-ray Disc and streaming media. AudioControl’s Immersive AV Receivers and Preamp Processors adapt the cinema experience to your home theater using up to 12 channels (for configurations above 8 channels, additional power amplification is required), recreating the original artistic concept.

Dolby Vision is advanced high dynamic range (HDR). A new capability in today’s cutting-edge televisions, HDR complements HD and UHD (4K) displays. Rather than increasing resolution, as 4K does, HDR focuses on the brightness, contrast, and color of the image. While these benefits have been talked about in the past, one look at a new HDR display reveals a powerfully enhanced TV image. AudioControl’s Immersive AV Receivers and Preamp Processors fully support playback of Dolby Vision content.

Creating a lifelike audio experience in a cinema or at home has always presented a challenge. DTS:X makes sound move around you like it would in real life – without requiring specific speakers or custom configurations. Moviemakers can now immerse you deeper in the experience than ever before. AudioControl’s Immersive AV Receivers and Preamp Processors support DTS:X and will bring the mix designed for movie theaters into your home.

Auro-3D is the next generation three-dimensional audio standard. It provides a realistic sound experience unlike anything before. By fully immersing the listener in a cocoon of life-like sound, Auro-3D creates the sensation of actually ‘being there’. Thanks to a unique ‘Height’ channel configuration, acoustic reflections are generated and heard naturally due to the fact that sounds originate from around as well as above the listener.

AudioControl’s Immersive AV Receivers and Preamp Processors use a built in proprietary automatic loudspeaker setup function from Dirac Research. Using a PC/MAC based application, Dirac Live determines the essential speaker settings for all the speakers in your system. It also calculates room equalization (Room EQ) filter values to remove some of the worst effects of resonant frequencies in the listening room. The result is improved staging, better clarity and intelligibility in music and vocals, and deeper, tighter bass without resonance. 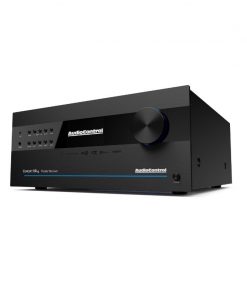 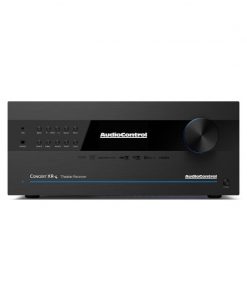 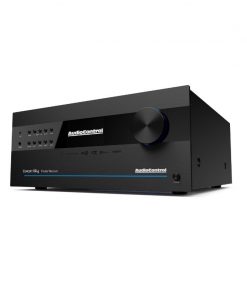 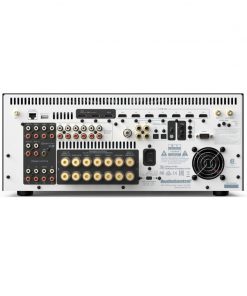